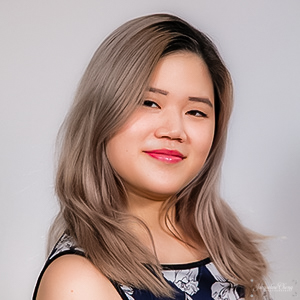 Jacqueline is the Chairwoman of the Computer Science Alumni Network.

She received her dual degree in Computer Science (BS) and Psychology (BA) with a minor in English from Hofstra University in 2017.

While a student, Jacqueline has participated, placed, and judged multiple business competitions, hackathons, and startup events. She was the founder and president of Hofstra’s Computer Science Society and Hofstra’s ACMW-Chapter: She++. In 2015, her team was the top winner for Hofstra-Digital Remedy Challenge, Hofstra’s Hackathon, and Hofstra’s CS Entrepreneurship Competition. Jacqueline has also worked for the Center for Entrepreneurship, where she helped design and execute programs for iDeaHUb and its maker-space lab. In 2016, she co-founded her first startup, ParqMi, which was later invested by StartFast Venture Accelerator. In 2017, Jacqueline won first place in Tech Star’s Startup Weekend on Long Island. Upon graduation, she turned her attention to coaching and preparing student teams for competitions. Her student teams have continued to place in university-level venture challenges and Hackathons, including HackHofstra and HackNY.

Presently, Jacqueline also serves as the Chairwoman of Hofstra’s NextGen Advisory Board and as a board member of Hofstra’s DeMattis SEAS Alumni Association. In her spare time, Jacqueline enjoys mentoring and teaching students to problem-solve critically and creatively, running her photography passion project, and volunteering at animal shelters.